The kids had their first class field trip last week to the pumpkin patch! All but three of the kids in their school had at least one parent with them. I'm so glad I got to tag along, and can't help but be sad that I probably won't get to in the future, when I go back to work in a year or two.

This was Ayden and Rylee's second trip to a pumpkin patch this year, as we went to a different one as a family the weekend before. They were just as excited this time around as they were when it was just the four of us.


They both picked out a pumpkin fairly quick once we got to the pumpkin field, but quickly decided it was too heavy and downgraded. Ayden didn't like how "pokey" the stems were on the pumpkins, but eventually found one without a stem that he fell in love with. Rylee basically looked for the smallest pumpkin she could find, and ended up with a gourd! hahaha 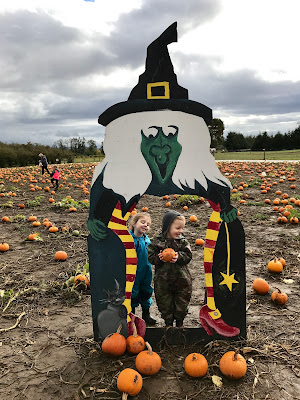 While out in the pumpkin field, it started raining pretty hard. Thankfully, it was a covered hayride and we didn't get too soaked on the ride back. After lunch, we actually had blue sky and we were able to have a little more fun! 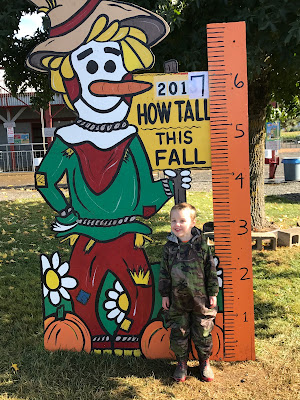 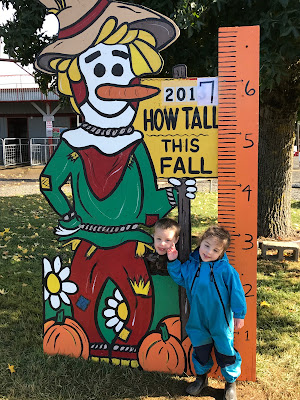 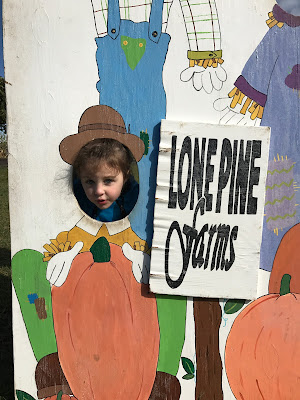 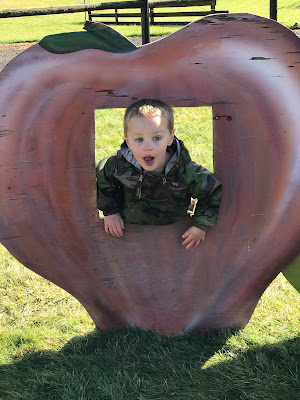 They loved their pumpkins so much, that they had to sleep with them that first night! 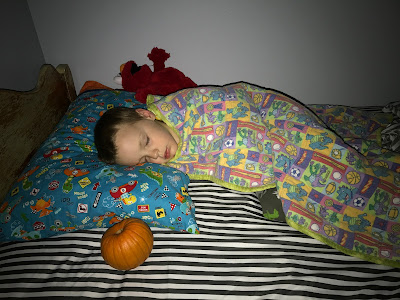